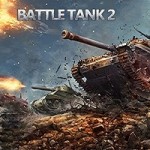 Battle Tank 2 is an Action game developed by Springcomes. BlueStacks app player is the best platform (emulator) to play this Android game on your PC or Mac for an immersive gaming experience.

This isn’t the first game Springcomes has given us the chance to participate in tank battles. Battle Tank, the predecessor of this game (which was downloaded by almost 5 million people) had the same feature. However, the graphics quality was not that good and the controls were a bit problematic. Battle Tank 2 solves all of these problems and adds a lot to the original game. Springcomes is a master in casual mobile fun and the games it has developed so far (such as Kingdom Wars, Dragon Storm, and Brick Breaker) are proof of this. Battle Tank 2 can be played at least as easily as these, but offers a more exciting and competitive gameplay.

Released only for the Android platform, Battle Tank 2 is a multiplayer action game. As soon as you start the game, you choose a tank and start 3v3 multiplayer battles. Battle Tank 2 has simple and addictive gameplay and it allows you to fight whenever you want without dealing with menus and settings. Your goal is to avoid attacks and shoot rival tanks. To win the game, you have to destroy the opponent’s base. Even if your tank is destroyed, you can return to battle again after 5 seconds. As in the original game, you can collect new tanks and upgrade each one. Battle Tank 2 is a completely free to play game and offers unmatched casual fun.

How to Download and Play On
Battle Tank 2 PC?