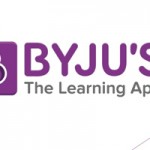 BYJU’S is an educational technology company based in India, and its name comes from its founder, Byju Raveendran. As of 2020, it is the world’s most valued edtech company with a value of nearly 5.4 billion dollars. BYJU’S offers multiple mobile apps for remote teaching, such as Think & Learn, Discovery School Super League, and Early Learn Class 1-3. However, the main product of the company is BYJU’S – The Learning App. Launched in August 2015 on Android and iOS, this app offers comprehensive learning programs in Math and Science for students between classes 4th-12th. It also contains test prep courses for exams like JEE, NEET, and IAS.

The students can join live classes on different topics, learn from the best teachers in India, and take tests to measure their levels. All classes are free and the app can offer personalized learning paths according to the specific needs of students. There are comprehensive video lectures on all topics and the students can see their performance via detailed analysis. Over 42 million students use BYJU’S – The Learning App and each one spends an average of 71 minutes learning every day. The app has won 12 different awards so far, including the “Education App of the Year” award by Amazon and “Design Award” by Google.

How to Download and Play On
BYJU’S – The Learning App PC?