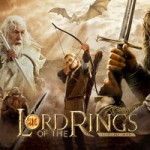 Lord of the Rings – Rise to War on PC is a mobile strategy game where you have to regain possession of the One Ring that grants immense power to anyone who holds it. There’s a rush because you must get this precious Ring before the enemy takes hold of it!

Produced by Warner Bros. & NetEase, Inc., this mobile game looks very promising, featuring familiar characters and locations from The Lord of the Rings film trilogy. This app is currently available in Australia and the Philippines and would soon be available for downloads in other regions. Download Lord of the Rings – Rise to War and get the One Ring back!

A bunch of enemies want to take advantage of your “unguarded” territory. You have no army but a chief aim – possessing the One Ring and protecting your territory. Choose your faction (Isengard, Rohan, Gondor, Mordor, Rhun, Lothlorien, etc.), and begin your quest!

Build your settlement, expand it, and protect it while you’re away to Dol Guldur to reclaim the One Ring for Rhun. Recruit a commander that will lead your troops in battle by gaining enough influence to attract attention. Gain enough influence, and you can use any of Commanders Khaldoon, Agzok, Sharku, and Gorbag.

Gain the respect of the commanders by giving them their favorite items. Don’t forget to upgrade the skills of your soldiers with loot and levy gotten from other smaller cities you conquer! Will you regain possession of the One Ring?

How to Download and Play On
Lord of the Rings – Rise to War PC?